“Take it Outside” is a song from Everything to Everyone (2004), an album I have always liked. An intriguingly unromantic song about the price of romance and squaring that with personal integrity (this is my unironic reading of the song; however, I realize I could interpret ironically, with the speaker as the target), “Take it Outside” illustrates Ed’s increasing skill and confidence at songwriting following the global success of Stunt. I find it interesting because in my interpretation it explores a kind of heroism not usually celebrated in Hollywood movies. The last section is mostly photos I took when I saw them in Las Vegas last month. As it was an outdoor concert, it literally takes it “outside,” although to celebrate rather than fight. Anyway, I present it with apologies for putting myself in at the end, (I just couldn’t resist), and I hope you enjoy what I have always found to be a rather thought provoking song.

“Sunshine” is an intriguingly complex song from Barenaked Ladies new Fake Nudes album about how the things we love can actually be harmful to us. While it has an obvious application to drugs and alchohol, I wonder if it couldn’t be said to be true about a lot of aspects of modern consumer culture. and even about individual human personalities (not everybody, perhaps, but possibly more than you might at first think). The slideshow probably makes the song a bit more about global issues than it actually is, although the larger application just seemed so glaringly obvious I couldn’t stop myself. It seems sort of appropriate with Earth Day coming up this weekend. Anyway, I hope you like the song and it’s accompanying slideshow, both of which seem almost painfully true, at least to me, although certainly not to everyone. 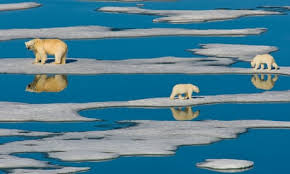 “Sunshine” is an intriguingly complex song from Barenaked Ladies new Fake Nudes album about how the things we love can actually be harmful to us.  While it has an obvious application to drugs and alchohol, I wonder if it couldn’t be said to be true about a lot of  aspects of modern consumer culture. and even about individual human personalities (not everybody, perhaps, but possibly more than you might at first think). The slideshow probably makes the song a bit more about global issues than it actually is, although the larger application just seemed so glaringly obvious I couldn’t stop myself. I’m visiting Antartica (as well as Argentina and Chile), and all the evidence I’ve seen so far (both here and in many other parts of the world) suggests that global warming is real, not that any of my non-scientific observations are likely convince anyone, especially when the observations made by real scientists continue to fall on deaf ears. I made the slideshow before I left, and the polar bear pictures are from the North Pole, not Antarctica, obviously. Anyway, I hope you like the song and its accompanying slideshow, both of which seem almost painfully true, at least to me, if not to you.

[Previously posted–in slightly different form–on my Unofficial: Barenaked Ladies Facebook fan page.]  I am a little hesitant about putting this up, partly because I am very aware that I have consciously skewed the more or less straightforward meaning of this absolutely breathtaking song. The vast majority of the time, I try to be true to what seems to be the songwriter’s intent, and I realize I am opening myself up to very justifiable criticism by creating a visual context that actually alters this meaning (I certainly have sometimes criticized movies for not being faithful to their source, although much less so these days than in the past). I have done this in other slideshows a few times (Warren Zevon’s “They Moved the Moon” and Loudon Wainwright III’s “Unhappy Anniversary” come to mind), but it’s really the exception rather than the rule. The other reason for my hesitancy really has to do with how I altered the meaning, essentially taking a love song (albeit one with some darkly evocative undercurrents) and making it into a song about mental illness, specifically bipolar disorder. Although I do not have this particular mental problem myself (yeah, I have others), I have known people who do, with the illness often manifesting in the late teens or early twenties. I hope the slideshow expresses empathy, if not always tact, and an understanding of the kind of pain and suffering that often seems to be beyond the victim’s control. I am certain I decided to take this approach in part because of last week’s “A Different Sort of Solitude” slideshow, which meant doing a little research about Steven and why he left BNL. He has said, apparently, he suffers from this condition, although I don’t know if that is a self-diagnosis or one made by a medical professional. Given my past experience with people who were bipolar, I suddenly began to see his leaving the group, this song, and especially the relationship between Steven and Ed, in a new light, and this slideshow is the first of the results of that.

This is a pretty direct followup to “What a Good Boy.” In fact, it makes explicit the idea I only implied in the earlier one, which is that you could interpret the song as being about Ed and Steven’s relationship. Ed has apparently said that he wrote the song below at least in part with Steven’s departure in mind, so I don’t think I am really bringing any thing to the song that isn’t there. Frankly, back when I first heard the song, which I immediately liked, I actually thought it was written from a parent to a child–it’s only very recently that I came to realize that it could be construed to be about relationships within the group. In some ways, if “What a Good Boy” gives you an inside perspective on being bipolar, “You Run Away” gives you an outside perspective, the perspective of those having to deal with the bipolar person. Having heard BNL’s new song, “Canada Dry” (its been officially released on YouTube now) which will be on their next album, I realize that it is a subject that continues to be on Ed’s mind (it’s also a fantastic song). I realize this is a sensitive subject for some BNL fans, with some people blaming one or the other of the parties involved, but I actually mean what I say at the slideshow’s end. All the best to all.

To a large extent, this diary was inspired by a recent visit to the Reagan Presidential Library in Simi Valley.  I am sure most visitors are gratified at the largely positive and almost worshipful treatment of their hero, the man who proclaimed “morning in America” and “compassionate conservatism.”  I have to admit I had the opposite reaction, in that the visit forced to me to remember and confront how much I truly loathed Reagan and much of what he came to be associated with. I didn’t think much of him as an actor, disliked him as governor, and found him fundamentally dishonest and actively harmful as president.  Although technically started by Nixon, one of the many movements Ronald and Nancy Reagan are given credit for promoting is what has come to be called the war on drugs.

While no doubt the problem is with me, I have never been able to summon up the kind of virulent contempt and passionate hatred for people who use, sometimes become addicted to, and even sell drugs for a profit.  This is despite the fact that I have been repeatedly told by my parents, teachers, countless TV shows,  movies, and even some popular music (e.g. Neil Young’s “The Needle and the Damage Done“) that unperscribed drugs were BAD, the people who used them WEAK, and those who sold them downright EVIL.  Speaking as an alcoholic who has used drugs in the past, as well as known other people who used them, I suspect I have a natural sympathy for the weak, a trait I do not tend to identify with being naturally joined to being either bad or evil.  On the contrary, I tend to see them as easily victimized by ruthless, powerful, and often rich people (three traits that are more often than not held up for admiration in America).  On a more personal level, the isolation, anxiety, shame, and pain of living in the modern world seemed to practically cry out in anguish for some sort of chemical response, although suicide was always a possible (and not wholly unattractive) option.  For me it was mostly alcohol (which I would still call my drug of choice, although I am currently not drinking one day at a time), but I certainly experimented with others, mostly depressants.

There has always been a fundamental hypocrisy in the approach to drugs in the United States.  As has been extensively documented, marijuana was largely criminalized as a way of keeping “those people”–mostly darker skinned–controlled and in line. If you were rich, doctors would gladly perscribe you whatever you wanted, and if you were white and had the proper (that is, conservative) outlook, you could happily abuse while heaping another sort of abuse on those who lacked your “connections.”  If caught, you rarely lost much by it and tended to be quickly forgiven (celebrity also plays a role here) as, for example, Rush Limbaugh was.  If it ended badly (e.g. Elvis), you became an object for sympathy and prayer, emotions and actions rarely extended towards those not in the proper sociocultural group.

Drugs profits were also easily justified by “higher” causes, such as fighting communisim (e.g. those tens of thousands of people murdered in central America) or radical Islam (e.g. once the Taliban were defeated and the Americans came in, opium production skyrocketed–somebody is getting rich–and I suspect it isn’t just people with Middle Eastern complexions).  The cocaine sold to finance the contras, for example, certainly ended up in the hands of inner city youth who–if they didn’t kill each other fighting over market share–could conveniently be used to supply the burgeoning prison industry, with the added “benefit” (in many states) of permenantly losing their “right” to vote.  It seems no accident that our current leader, both expands private for-profit prisons and cracks (note the pun) down on pot on the same day.

This slideshow is very much in line with some of my others on serious subjects, such as Slave to the (Algo)Rhythm, They Moved the Moon, and Guilt, but it reverses the pattern of some of my other extended audio-visual meditations on topics in that–unlike, say “Bitter Salt“–it goes from the geneneral and historical to the private and more personal. The first two songs–virtually unheard in the US (I think you can figure out why)–more or less embrace the idea of taking drugs. Spacemen 3‘s “Come Down Easy” (from their classic album Taking Drugs to Make Music to Take Drugs To–surely one of the greatest album titles ever) is set against America’s dirty war in Central America and the generally unpunished or pardoned perpetrators, which in and of itself–if one truly tried to discover what was going on (almost no one did, and those few were either silenced or hounded to their graves).   This followed by Black Grape‘s hilarious parody of the Reagan’s drug war from their Stupid, Stupid Stupid album, “Get Higher.” Generally, the laughter keeps the tears at bay. Finally, Barenaked Ladies‘ “The War on Drugs” from their Everything to Everyone album explores the reasons why and the costs of taking drugs, both on the individual and those around them in a way that is both emotionally moving and–especially in the sudden, anticlimactic end–quietly devastating, musically replicating how society treats such “disposable” people.

I hope you find it worth your while.